Well, I am heading out with Citizen Un and the Proto-Citizens on a much anticipated tour of central Arizona. Ah the wide open spaces! The presidential hopeful! The wandering immigrants and, of course, the Grand Canyon. Who knows, maybe I will travel blog!

Beats the O-PLATS in the NAG.

Ahh, the silly season. It seems that commencement inspires all sorts of outbursts of insanity. From the burgeoning brilliance of spring across the land to the return to the stage of the unbridled and unhinged. A recent WSJ OpEd lamented the behavior and irrationality of the left. Another event occurred at the University of Missouri also went awry, but from the speaker's podium rather than the audience.

Don't get me wrong, people are entitled to their opinion, but I strongly believe in the proper time and place. You don't tell Aunt Edna at the Thanksgiving table that her moustache grosses you out. And you don't engage in histrionics (from the audience or the podium) at an event which is specifically designed for non-political speech, such as a graduation. As a good speaker, I would tailor my remarks to my audience. This is not to suggest folks should compromiuse their beliefs, it is simple courtesy.

Which brings me to another topic. The continuing mantra of one side of the political spectrum accusing the present administration of "lying" to bring us into war. First of all, those who pose that tenet automatically disqualify themselves from a rational discussion. They are no better than the conspriacy kooks who claim that the Pentagon was not hit by a jetliner on September 11. You may argue about our foreign policy, are we being aggressive enough with the Iraqis - is our stance in Afghanistan helping or hindering - do we need to act against Iran. You may have a rousing historical discussion about intel prior to the Iraq War or the state of Europe's effectiveness or the United Nation's level of corruption, but this is history and will not be changed by harping on woulda-coulda-shoulda. Additionally, unless some unknown facts are revealed, we know about 80% of the whys and wherefores about that period. Another 10% is sitting in classified files, but that data (and here I feel relatively confident in saying) does not substantively change the events as they have occurred.

Personally, I wish the world was a more peaceful place. I wish we had solved our dependence on fossil fuels and had colonies in space and on the moon. Alas, economics and politics conspire to seek the path of least resistance. Human nature, you know. Until the left side of the political debate begins to craft their vision and set aside their bitter fantasies, they will continue to be looked at as little more than a fringe element.

And for that reason, they will fail to regain the House and Senate and struggle to find a capable candidate in 2008.
at May 22, 2006 8 comments:

My friend Scoot sent me a note on a WaPo article by the decidedly left of center E. J. Dionne. Now I generally do not like Dionne, I think his analysis tends to be shallow and his insight weak. I think this article is no exception. Within the OpEd pieces he details the woeful state of polls and opinions about the present administration. He quotes a number of political groupies and a congressman and proclaims Armageddon for right wing views and republicans. Bets are for suckers. Not that one shouldn’t have an idea based upon some testable facts, but most social circumstances suffer from nearly limitless variability. This includes weather, sports scores and the phase of the moon. Check out Freakonomics for more on these effects.

Polls are (in my opinion) next to useless. They present a very lopsided view view of most issues (in that they begin as biased instruments.) I prefer to draw conclusions from observed behavior. In an earlier time, people claimed to like Betamax better than VHS, but they bought VHS. The power of the marketplace is more telling than any focus group Sony ever conducted.

I would submit that The President's approval ratings are largely inconsequential. As of now, he is effectively out of office and thus has nothing to lose. As his VP will not be running in 2008, the administration essentially has a pass on popularity. Part of this means that the expectations of the public (I think) are higher. If you have nothing to lose, then you should be going whole hog, right?

I think the entire fixation over national polls around the President will have little to no effect on the midterm elections. Folks are very locally focused. I would predict a 99% success rate for incumbents. Despite the unhappiness with the present set of policies (which in my opinion are not actually bad and in many ways good), most partisans will fight very hard locally to retain "their guy" in Congress.

And except for super safe seats, they simply won't ask President Bush to help them.
at May 19, 2006 4 comments:

Rep John Murtha, a perpetually elected member of the US House of Representatives, accused US Marines of acting in cold blood during action in Haditha on November 19. Murtha is a former Marine who has been a very harsh critic of the war and a democratic gadfly.

Shame. If this politician continues to be elected, then the republican majority remains safe.

The event in Haditha reads like a horror novel. A convoy of Marines comes under fire and attack. They respond and at least 15 civilians are killed in the assault. Haditha is within the Sunni Triangle, the most treacherous area of Iraq and the fact that raid execution has been conducted with minimal impact to noncombatants is a tribute to the training of the soldiers. At this point NCIS is involved, I will reserve any judgement until their report is issued.

Podcasting is the thing, some Senators are even doing it! On the advice
of a trusted friend (Nymblewyke) I can recommend the Penn Jillette
podcast. It can be found at Penn Radio. Penn and Teller
revolutionized magic and extended their audience into much younger
demographics.

I have been fascinated with legerdemain since I was a kid
and watch a birthday party magician seemingly transport objects around
at Bill Frack's seventh birthday party. The fine line between feeling
like you've witnessed something miraculous and wondering whether you
should check your wallet provides a certain thrill. Alas, the prior
years fascination with good magicians seems to be fading.

I don't know if it's the advent of summer or simply mental fatigue. But I've been going through a blogging dry spell. Most likely it's my schedule. For some reason I have been on the road for one reason or another. All of it necessary, none of it particularly fun. A couple of interesting things to ponder, and possibly post as new topics.

1) The actual text of Iran's letter to the USA. Some sources claim that the end wording is a classic Islamic phrase roughly translating to "you're going down".

2) The NSA kerfluffle (anyone have the origins of that phrase?) is only about six years old. We have been seeing the impact of our electronic society for years (remember the Net with Sandra Bullock in 1993?) Somehow, I doubt the American public will get very excited over this.

3) The economy. It's blasting along, but consumers are depressed. I'm perplexed

4) Thailand's southern border with Malaysia. Not a pleasant place to be.

5) The 2006 mid-term elections. My predictions, everyone gets reelected.

6) A recent Op-Ed in the AJC (world's worst newspaper) cited the lack of America's rich serving in the armed forces as a reason for concern. Again, perplexity sets in to my brain. No statistics were sited, I am supposed to buy some book in order to find out the "real" story. The only figure quoted was that when family income rises above $60,000 then the likelihood of joining military service decreases. Hmm. Sounds like economics.

Anyone who wants to dive off into one of these pools, drop a note and I will gladly follow suit. Otherwise, it's emergency protocol 417. 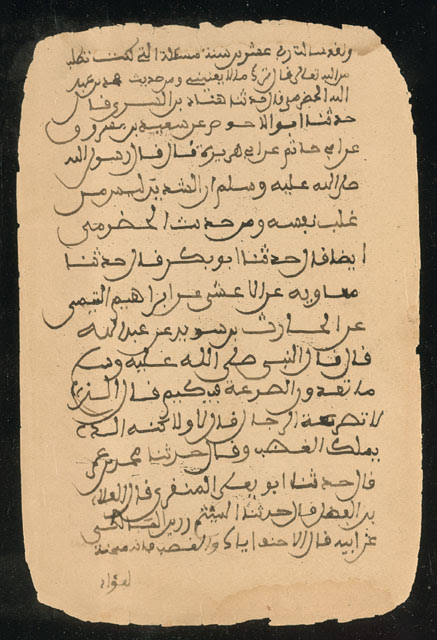 So, everyone's favorite extremist has penned a missive to the left's favorite punching bag. Apparently, Iranian President Mahmoud Ahmadinejad has decided a little direct appeal may be gopod for his nation. Let's hope this is the case. Frankly, I would like to see a more engaged, moderate Iran helping lead the Islamic world out of its present struggle. I think Egypt and Iran, could provide some solid leadership (pending a cleanup within their own borders).

No one want to go to war with Iran. Let's be clear, no one really wants to go to war. Wars are disruptive in many ways. If you have doubts, go ask any soldier. During my youth, my family was involved in sheltering a family who had fled Iran during the brutal rule of the last Shah. It was a mother and their children. The impact of a conflict on similar families throughout that region would be devastating.

Let us hope their leadership has the good sense to seek a better path.
at May 08, 2006 No comments:

So there I was, in the palatial Hurlburt Field learning a lot about Joint/Combined Air Operations. A range of VSP (very smart people) are pumping information into my head with all the subtlety of a firehose.

The class is mostly Air Force, and since it is an Air Force base, it is resplendent with cool gadgets and hip graphics. They even have a Navy display to rival some of the things one might find at the Navy Yard in DC.

Most interesting is the discussion of doctrine. Doctrine is the guidance the United States uses in the preparation and conduct of War and MOOTW (Military Operations Other Than War). IF folks would take the time to read a few of these well developed treatises, they would gain a substantial insight into the methodology of our operational conduct and present status within current conflicts.

We really do what we say we will do, militarily. Most of the conundrum comes from our political leadership in the development of complex ROE (rules of engagement) or Coalition structuring. I did learn a very interesting factoid, during the combat operations of OIF (Operation Iraqi Freedom) 93 percent of the sorites (air missions) were flow by US assests. Six percent were flown by UK assets and only one percent by all other coalition forces. The interesting fact is that the UK committed almost 90% of their owned airframes to the fight.

They retained only two squadrons on their shores, a homeland security Tornado squadron and a maritime patrol squadron, which was not needed.

As World War IV continues to roll onwards, I find some comfort in our relationship with the UK.
at May 02, 2006 2 comments: