Forgotten, but not gone...

Well, dear reader(s), I am forgetful, but not gone.  I have been traveling quite a bit and not inclined to blog.  Just a few notes;

Ah well, I guess there really is no news worth discussing. 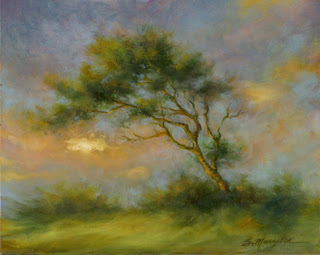 I am not a happy guy.

Some whack-job decides to unleashed his pathetic rage on 32 helpless, defenseless fellow humans. On top of this, NBC (stands for Nothing Beats Carnage) airs his delusional ranting as if this is an explanation for his behavior. The criminal murderer of Blacksburg, Virginia, deserves nothing. He was an immigrant to the greatest nation on the planet, he attended one of the best schools on the planet and had access to immeasurable resources. And yet he portrayed himself as "oppressed".

To be certain, he was very mentally ill. The fact that a Virginia judge rendered such a judgment shows that the system works. The fact that he remained eligible to purchase a firearm underscores how the system does not.

Let me be clear, I am a conservative on the issues of the second amendment. I firmly believe that the founding fathers intended the right to bear arms to be an individual right. With no standing army, the phrase "well regulated militia" was a secondary benefit. Had even one legally armed individual been present, I am certain the effects of this deranged person's action could have been stopped or mitigated.

What is most galling is the reaction of the media to this story. Why did he do it, they cry. While showing his homegrown terrorist rant. There is little or no mystery here. We have an individual who felt ostracized (in truth or his own perception). We have a person who was identified by the authorities as being a danger to himself, and possibly others. This individual lacked the support (or enforcement) to seek help on his own.

Here is my message to anyone who cares to note it. Pay attention to your friends and colleagues. Let them know you care and do not take for granted how they may be feeling.

A little more compassion can go a long way to preventing another such horror.
at April 19, 2007 5 comments:

Don Imus, of who I am no fan, is out. I am sympathetic, but not swayed by the free speech arguments. His platform was enshrined in his contract with CBS and MSNBC. Two organizations who live and die by perceptions. Some time ago I was involved with a promotion involving the Dixie Chicks. It was a good (and expensive) project. It targeted our main demographic and looked like a real winner. A coup for our brands. Then they made their statements in the UK. Upon reading these comments I contacted the planning director and asked if I should pull the promotion. He scoffed at me and said the issue would blow over.

Five hours later I was contacted by a VP with orders to suspend the promotion. This cost the firm a LOT of money. The market reacted to the possible perception surrounding the comments by the Dixie Chicks. They certainly had the right to say whatever they wanted, however, as they made their livelihood in the realm of perception, they were subject to its risks and consequences.

Imus has found out the same thing. His comments were ignorant and unkind. However, his point about the lack of remorse for the overzealous persecution of the Duke lacrosse players is well made and underscores our present state of hyper-political correctness.
It's a jungle out there! 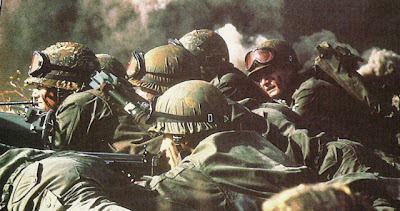 In my little section of del.icio.us on this blog are a number of articles which are of interest to me. As I still haven't figured out how to e-mail links to the blog, my attempt at redirecting you will have to suffice. Some of the topics include;

The bleak future painted by the UK Ministry of Defence (I always thought MOD sounded WAY cooler than our own DoD) includes a cyber-punk universe where jacked in middle class types overturn the status quo. My follow up question would be to do what? Get a bigger TV?

IMPORTANT BOOK RECOMMENDATION - Go and buy Daniel Gilbert's Stumbling on Happiness.. It is a great analysis of why we are or are not happy. Including some interesting neuroscience.

I also have been nursing an on again / off again fascination with the present wave of NewWage (Cosmic Connie's coined phrase) self-indulgence, ala the Secret and other pop psychology. My new prediction for events "jumping the shark" will be any appearance on Oprah.

Finally the British sailors and marines have been released. Yeah! The Iranians are, well, Iranian. Not bad as a people but lousy and dangerous as a government and ideology. Now that they are safe an home, drinking fine beers and eating pork pies, they can tell us the truth of their captivity.

Surprise! The Iranians used coercion, deception and tortuous interrogation to manipulate their responses.

My own personal life has become so hectic that my time to blog has been enormously reduced. I have found a few interesting sites and intend to update my blog rolls in the near future.