The Major made a comment on the Great Divide post about the uneducated and uninformed being undesirable voters. To a point, I would agree with him. However, it is not simply at the ballot box where the U2s ,aka their impact felt. They exist all over the world and influence policy, marketing and society in ways which range from the inconsequential to the severe. In the most horrendous examples, we have genocidal events as we did in Europe, Russia, China, Cambodia, Bosnia, Rwanda, Darfur and other places.

To my mind the epitome of the modern example is what I call the headline philosopher. This is an individual who reads a "headline" and accepts it as it is for gospel. No effort is made to understand the information or determine the veracity of the statements made. All manner of people fall into this category (including myself on occasion). We hear what we want to hear and discard any contravening data. Worse, we may take a single point in time and consider that as static. The individuals who harp on "ill-equipped" troops in Iraq (for example) have not kept up with the progress made in this area.

How do you engage an individual who takes this position and understand their view while challenging their belief? In the realm of New Wage Hustledorks (a phrase coined by the VERY funny Connie Schmidt of Cosmic Connie there is actually a webpage which will search other web sites for phrases which help classify a site as using questionable thinking. A pity we do not have a sufficient BS detector to apply to all the information we encounter. Sometimes our instinct serves us well;

3) No one cares what's on network TV

The web is a pretty good substitute and improving in this regard, but as the YouTube debate showed us, there are still gatekeepers and obfuscators.

Better to remain silent and be thought a fool than to open one's mouth and remove all doubt.
at July 25, 2007 3 comments:

Traveling is always an adventure. I am sitting in Atlanta Hartsfield airport awaiting the departure of Delta 546 to PBI. Even at this early hour (6am) the airport is humming. A family is asleep on the ground in the access tunnel, A host of footwear parades before me as travelers of every stripe march resolutely to and from their gates. While in line an overlarge gentleman wearing a shirt emblazoned with the cartoon image of Fat Albert's head began cursing the TSA screener for confiscating his toothpaste. While trying to avoid his anti-faustian tirade, I am reminded how well things work in modern airports. Everyone seems to agree on the rules, regardless of background. Perhaps this is the model for our global society? If in doubt, behave as you would in an airport.
at July 21, 2007 9 comments: 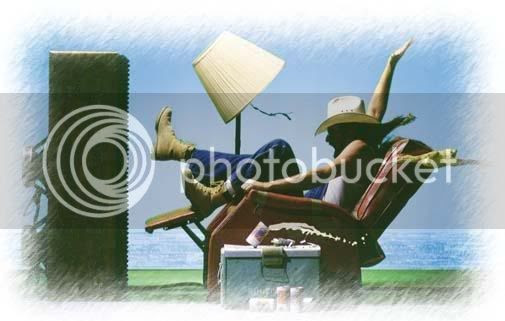 A recent article in the Washington Post - yes I read it once in a while - underscore something which many, including myself, have been pointing to for some time. The fact of the matter is that there has never been a better time to be a consumer of information. The wealth of options available to people in the free world are nearly limitless. As a consumer I can see a story on network television, research it on the internet, e-mail the originators and gain a level of understanding heretofore unheard of in society.

The cost of this undertaking is small. All the hard work has been done by scholars and others who full the net with content. I can even search libraries for original source material, read UN transcripts minutes after meetings (which never make the news) are concluded.

So why do people cry foul and claim that the news consumed by the masses is skewed this way or that? Why do Democrats whine and moan about a fairness doctrine? Doesn't the failed Air America project underscore that there is little market for liberal talk radio? And doesn't the fact that a Kucinich voter would hardly listen to (much less be swayed by) a Sean Hannity mean anything (and vice versa)?

The premise of the WaPo (I love these homey nicknames) article is that it's not about the plethora of information, but the range of choices. Simply put, most people (and I mean ALL people, everywhere) opt out - to some extent. They turn on Dancing with the Stars or idle away their time online in MySpace or any other of a host of niche realms. This is what the market has wrought. If you offer me NBC Nightly News or a repeat of the Sopranos, I may not choose the news. Even Katie Couric, in all her intern slapping, photo-shopped tartiness can not save such a narrow track vehicle (network news).

So how do you get the population of a country so overflowing with choices to pay attention to politics long enough to make some informed decisions ? The politicians do not care. They know that as long as enough people keep voting for them the rest of the nation can quietly slumber on in ignorance. The sleepers actually risk little. Their interests are connected inextricably with those of the engaged. If you are routinely reading blogs, news and other informational sites you are not one of the sleepers.

Does it all matter? As long as a sufficiently representative portion of the populace maintains watch, the rest of the country seems happy to cede its authority over to us. In essence, we have a representative, representative government. One which we earned and one which we (apparently) deserve. If I ran the zoo. I would require every citizen to devote some period of time to government.

Perhaps, like the Heinlein novel, Starship Troopers - in which only those who served in the military could vote - an arrangement could be struck. If you participate, you get to vote - otherwise you are excluded from the choices.

If you think about it, we already compel folks to engage with the government. The payment and preparation of taxes requires no small amount of effort and certainly conscious engagement.

I don't think a couple hours per week on local, state and national matters would be too much to ask.

Wait a minute, isn't that the premier of Kid Nation? 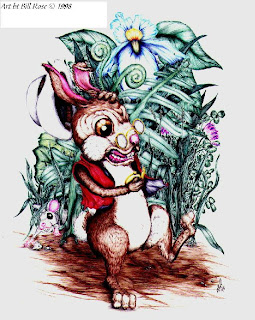 I am much delayed with any postings on the old blogosphere!

2) Why should we care about Beckham

3) Is Gordon Brown self delusional?

4) Why no one care about George Bush anymore

By the way, be sure to check out EP417
These and other furiously fascinating topics await! Not to mention the often cited, but never published DADT results!!!
Now almost over a year in the delaying! 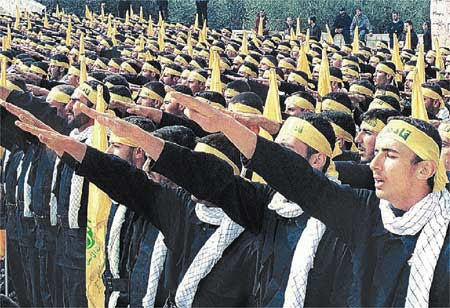 I am standing in south central Illinois. On the driveway of my in-law's home. The weather is beautiful, low 70s. There is a cornfield to my right and the proto-citizens blissfully engaged in creating the largest chalk drawing on the planet.

But wait, I tap into the global field that is the internet only to read this;

The arrests were in addition to those of the two occupants of the blazing
car at Glasgow Airport. A witness to the attack said on BBC television that one
of the car’s occupants had been ablaze from head to foot, and as he struggled
with the police, “was throwing punches and shouting ‘Allah, Allah.’ ”

In case you've been asleep under a rock, we are at war. We (the civilized world) are locked in a very real, very dangerous conflict with forces which seek to drag us back to a culture trapped in the past.

We are at war with the three I's - ignorance, intolerance and ideology. The progenitors of these three I's are not a unified state - but rather a collection of zealots who despair the loss of their stranglehold over the beliefs of their stagnant philosophy. These zealots are represented by militant Islam.

I am sad to arrive at that realization. My civilized perspective conlficts with the reality unfolding before me. Why can't we simply reach a compromise and dialog with the force arrayed against us?

To be at war with a nation represents a difference of politics or resources, a primitive conflict - but one which is understandable. The conflicts in the past century were about political systems and the burgeoning influence of states. Once these nations encountered the edges of each other's spheres of influence, only conflict or cooperation could result. The British and the newly formed United States faced this quandry in 1812.

This current conflict is more challenging. It is being waged assymetrically against our whole society. The civilized world relies on order, trust and law. It's very network is fragile and easily disrupted. This is because it relies on the actions of its populace more than the actions of a government, church or other hegemonic body.

This is why driving a blazing Jeep Cherokee into Glasgow terminal is more devasting than destroying an armored brigade in Iraq. The civilized world relies on the power of commerce, the free exchange of goods and ideas and the free movement of its people.

Nothing can be accomplished if a society is preoccupied with its safety. You will not tackle social injustice, environmental or health issues if one can not safely travel to and from points within your own country.

For those who continue to deny the nature of this war and its attendent enemies (militant Islam, Islamofacism, the three I's), they will be condemned to be its victims and contibutors to defeat.
at July 01, 2007 16 comments: