Well I am testing a new feature on the blog today. A number of sites use Digg to consolidate interesting news stories. Most of them appear to be juvenile collections of girls in tight t-shirts.

Not that there's anything wrong with that.

However, it would appear that the Digg feature permits visitors to "vote" on the quality of a post without taking the time to submit an adulatory comment. Likewise, I suppose, one could Digg a story only to lambast it free of the potential censoring I might impose.

Why on earth would you want to do that?

Nonentheless, It's an experiment. I have been WAY too busy to do more than populate my Delicious listings.

The political race appears to be focusing in on Senators McCain and Obama. It should be an interesting race. I am concerned about Obama's inexperience, but am not afraid of his ideas. I think either candidate would be a good change for the country - hell, I was even warming up to Hillary!

What is very interesting is the slow, but inevitable, movement away from a petrochemical based energy structure. I think we are in the very beginning stages of the end of oil. There is now enough economic momentum to uncork the necessary electric power industry to shift from fossil fuels to nuclear, hydro, tidal and other sources.

Who ya gonna call... 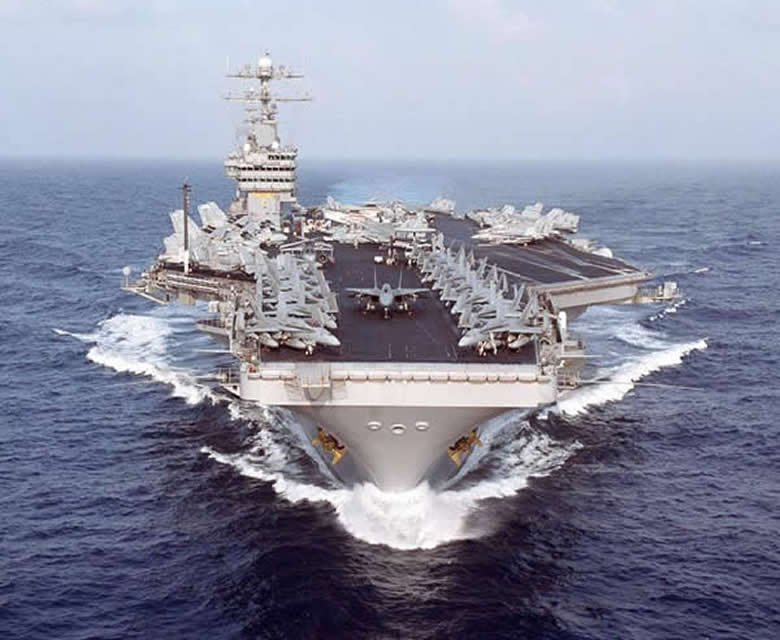 It is the forward deployed presence of steel, in the form or a carrier strike group, near the cyclone wrecked () which is the latest stunning example of the failure of moral relativism. , a backwards nation torn by corruption, brutality and oppression, has also been socked by a devastating cyclone (the Pacific name for hurricane). This monumental storm, which would hardly have affected a developed nation, has done apocalyptic damage to this fragile state.

It just so happens that forces (mainly Navy) are in the area for their annual Cobra Gold exercises. This fortuitous military resource, an immensely capable group of men and women, would serve well either in peace or war. They have construction equipment, helicopters, medical personnel and power generation capability.

The Burmese, much like the Indonesians during the tsunami, are reluctant to reveal themselves for the petty, tyrannical, ineffective autocrats that they are by allowing outside aid into their country. The French president (I am liking him more and more) is speaking of an armed intervention in order to deliver aid to the desperate and destitute.

Even during my own experience with PANAMAX 05, it was US Navy forces (specifically HM-15) first to respond to storm racked . To those who point accusing fingers at the and its global policies need to take a second look at the net effect of those policies.

Forgetting military operations – which are substantial – the impact of humanitarian aid, presence of forces and deployed capability eclipses all other nations in the world combined. Our major adversaries (and potential adversaries) have no such record of activity or effort. One never reads in the press about the Chinese led humanitarian effort or rescue operations conducted by Russians.

Some of that capability is a function of our wealth and prosperity. But it is driven by our will. It is a will to extend help without condition and a vision as to what is morally right.

Pay no attention to the nation behind the curtain...

What will happen during the Olympics? Will there be a smattering of feeble protests over China's long list of insults to the globe? Or will there be something more dramatic, such as the recent uprising in Tibet - which just as quickly vanished from the news headlines? China is playing with fire, in more ways than one. While I do not expect a Tianenmen Square revolt to mesmerize the world, there may be some rather dramatic actions which will highlight just how far the Middle Kingdom has to go before it is a reliable and honest player on the world stage.

UPDATE - Now their repsonse to the recent quake underscores how little investment they have made in infrastrusture - 14 MAY 08
at May 06, 2008 6 comments:

No one is talking about GM's $3.3 billion loss for this quarter. They are, after all, just more evil, nasty capitalists. They must be punished for their proliferation of SUVs and gigantic pickup trucks (not to mention their environment crushing HUMMERS).

The problem, as usual, is that these enterprises are made up of people responding to a very volatile market. We have never had so many "buyers" in the market at once. This is represented by growth trends in India, China, and other parts of the D&E (developing and emerging - the new euphemism for second world) world. When the American public finally gets a grip on basic economic principals, they will stop spending on perishable entertainment and start saving more - especially in the markets.

Wealth begets wealth, or in short, it takes money to make money. Hernando DeSoto has identified the best approach to ensuring success in developing economies is to make certain the people have access to capital. Loosely translated, they need clear title to the things they own or make. This enables them to leverage, trade and work their way from a subsistence existence to self-sustainability. Do a Google search for micro-loans. This is a very successful practice in which small groups or individuals are made reasonable loans in order to support some small business they operate. Often these loans are a few hundred dollars, and the returns have been stunning.

People do not need "fair trade" buying programs - which simply foster a single output economy (see oil). They need the flexibility and resources to adapt to their markets and thrive.

People also need to spend some time and understand the power of the markets - the uninformed tampering with is destined to bring unwanted results.
at May 02, 2008 17 comments: