Happy Birthday to me....

Mmmmm....cake. Angel food to be precise. Citizen Une and the proto-Citizens provided a fine repast for my natal day. Now if I could just find that reverse chronology juice I ordered off of the Uraguayan online pharmacy. I am certain I could get back into my parachute pants.

To all the others who fail to share the same glorious day of arrival as John Cusak and Henry VIII, I say a very merry unbirthday.
at June 28, 2006 4 comments: 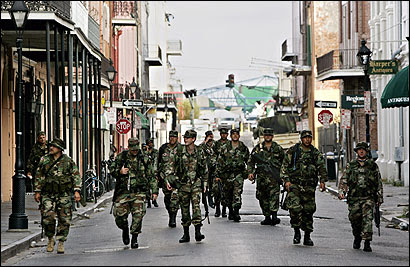 I am about to wander far out of my designator. The recently declassified information snippet on Iraqi chemical weapons from the office of the Director of National Intelligence (DNI) is intriguing. It addresses munitions which clearly appear to be pre-war components. Loaded chemical artillery shells, chemical primaries and the like are most assuredly dangerous in the hands of an opposing nation or terrorist group.

The volume of material found indicates that the Iraqi’s either had no control of their weapons stockpiles or blatantly deceived the UN and international inspection teams. A condition of the Gulf War cease fire was the dismantling and destruction of all chemical arms and submission to monitoring. Seems like that did not happen.

Iraq’s record of violations are clear and not in dispute. Their desire to appear “more dangerous” than they may have been was also clearly driven by the delusional and dangerous Hussein regime. Their material support of Hezbollah and other groups is also not in dispute. While the right will decry the left’s continued denial, one thing is clear. The discussion of WMD (chemical agents are actually WME – Weapons of Mass Effect -> grateful acknowledge to MAJ C. USMC (ret)) is now one for historians and analysts. What matters is our effort and progress in Iraq.

We must continue our civil rebuilding program, training of Iraqi forces (mostly building a strong NCO cadre) and thwarting the Iranians from interfering with the process adversely. Ridiculous resolutions thrown on the Senate floor belie the ignorance of our elected officials in managing this arduous process.

We are deeply involved in a MOOTW (Military Operation Other Than War). We are constrained by very specific ROE (Rules Of Engagement) and facing an irregular force. Determination, patience and ingenuity are our best tools.

North Korea is taking a shot at us. They are preparing to launch their Taepodong 2 missile. It is a weapons system with a 2600 mile range and nuclear warhead capability. It is a serious threat to global security. Having sat in the Fifth Fleet FCC (Fleet Command Center) while Iran tested a number of their equally dangerous Shahab missiles, the risk to the world is VERY real.

Fortuneately, the US has continued to purse missile defense as a part of our national security strategy. The Missile Defense Agency was headed at one time by RADM Katherine Page, a member of my Navy community. The ability of our forces to respond to missile threats has increased dramatically from the early days of the program under the Reagan administration.

Why is this important?

It is important in that systems and tactics which we are developing now may not appear to be necessary or useful to the American public (or even Congress). However, it is the future for which we are developing our defensive capability (note that our military is overseen by the civilian run Department of Defense - vice the original Department of War). The threats we will face in the next decades will range from the truly assymetric (Islamofascist assaults on computer infrastructure) to the traditional (nation on nation aggression - likely against a US ally).
at June 20, 2006 9 comments:

Well it seems that the complexity that is the event in Haditha is increasing. The WaPo reports (via Reuters) that defense lawyers are working to establish the credibility of the video tape shot by the Hammurabi Human Rights and Democracy Monitoring group which providied the initial lead on the November 2005 battle.

There is certainly sufficient information to conduct a detailed investigation, however, there was never enough data to rush to judgement in the case, as had been done in the media and via Sullivan. Scoot has proffered to me several well written arguments for the inevitable collapse of civil liberties and the arrival of jack booted thugs at the doorstep of every left leaning American. I still can't even come to a basic level of agreement.

Just a reminder of one of our lesser noticed holidays. Flag Day is a chance to remind oneself of the power of symbols.
at June 14, 2006 No comments:

I have a post I mean to get to about a very good thing. Alas, I feel it necessary to post this link about a very bad thing. Greyhawk, within whose MilBlog Ring I reside, has a good review of the events leading to the Haditha story as it now exists.

The story, it seems, is very murky. There is much information which is missing and at first glance may even be incorrect. We shall see. If actions by Marines in Haditha prove illegal, then justice should be brought to bear, fully.

If it is wrong, who will fight for the Marine's honor?


Well Air America has been pulled from the format at WWAA here in beautiful Atlanta. The fact that a VERY liberal town (after all we are home to Rep. Cynthia McKinney featured in the Atlanta Film Festival's Blackout) could not sustain this format is not surprising. I have often pointed out that a liberal agenda is very hard to distill into a simple, supportable philosophy.

Some of its tenets translate very well, aid to the poor and maintaining rights for all. But these are not enough to rally the masses. Hence the huge problems for liberals in developing a sustainable base. A conservative message, by its very nature, is easier to promulgate.

Air America's lack of success is directly related to its inability to appeal to a mass market. It has nothing to do with the talents on the air (except Randi Rhoades). I think Franken is a funny guy. I also think he is sincere in his beliefs. If you read a little of his biography, you get the sense of the strong, north-midwestern upbringing which solidified his ideals. Sadly even in Milwaukee, no affiliate has been able to be found.

Having done a short stint in network radio - that's a long story! The challenges of garnering audiences with a handful of marginal AM stations is almost overwhelming. The catastrophe that is programming for AM radio (now arriving at FM's doorstep) has been rolling since FM entered the scene in the 1970s. I would contend that the audience numbers purported by Air America are largely fictitious. Arbitron and RADAR figures for AQH (average quarter hour) consistently post Air America dead last in major markets.

Citizen Un was heartbroken to hear about Air America's demise. Thankfully, it still plays on satellite and a quick setup of XM in the AAV (Atlanta Assault Van) should return the joys of liberal snarkiness to her ears. Air America has been plagued with problems. Not the least of which was content, marketing and scandals. At the end of the day, one has to wonder whether launching an old school media enterprise in the age of the internet was such a good idea after all? 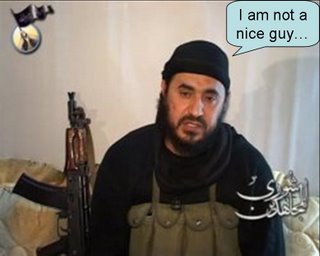 Forces from the United States of America today dealt a serious blow to the ongoing criminal activities of Islamofascists in Iraq today. With the death of Abu Musab al-Zarqawi at the explosive end of twin 500 lb bombs precisely delivered by Air Force F-16s, the external face of 7th century hatred has been erased. Although now claimed as a martyr by many zealots, his death should instead be remembered as a just end to a butcher of innocents.

Having just come from a stellar course in combined air operations, I can only imagine the network of sources and units involved in finding, fixing and finishing this individual and his band of thugs. What will undoubtedly be the new cry from the disconnected media is why didn't we arrest him? A decent question, except that I am certain US and Iraqi forces were more interested in ending his ability to exercise command and control. His actions made him a legitimate military target, and apparently now a successfully prosecuted one.

My one true regret is that the inestimable Iowahawk will now have to seek out a new proxy voice for al-Qaida.
at June 08, 2006 2 comments:

Mostly it's because the Marines are a part of the Navy that I feel so strongly about this topic. It is also due to the fact that the discipline exhibited by our forces, around the globe, has almost always been exemplary. You will not find US soldiers engaged in unseemly acts against resident populations. Why is that? The LA Times, not my favorite newspaper, has a nice OpEd piece about some of the culture of the Marines.

But it is more than that, even during the brutal years of our nation's genesis the armed forces of the United States exhibited a certain moral standard unmatched by other nations. During the battles with the Barbary pirates, the Marines earned the moniker "no worse enemy, no better friend".

Personally, I believe that the notion of our very founding (Life, Liberty, and the Pursuit of Happiness) speaks volumes to the behavior of United States citizens worldwide. It's not that our philosophy is the best in the world, but it is markedly better than the rest. Soldiers serving in Iraq, Afghanistan, Kosovo, the Horn of Africa, Haiti, Korea and other troubled spots around the globe have demonstrated what a well trained, professionally led military should be.

In my comments about the reprehensible Rep. Murtha, I labeled him a traitor for his broad generalizations of the actions of Marines involved in the Haditha incident. My assessment of this "public servant" remains. In time, the details of the events of that terrible day in November will become clear. Including reasons for any obscuring or concealing of facts from proper authority.

The Marines involved have my loyalty as a brother in arms, just as the families in Haditha have my sympathy for their losses.
at June 06, 2006 No comments: