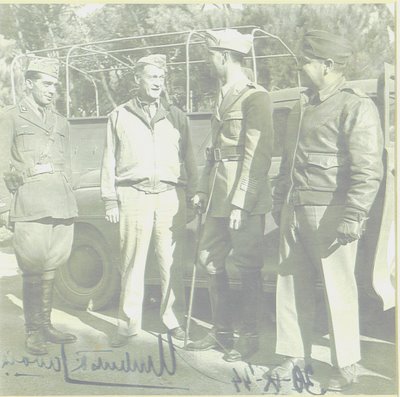 My grandfather served in WWI and WWII. My dad served in WWIII and now I am serving in WWIV. For those who doubt the accuracy of my cataloging the global conflicts, do a few searches on WWIV. Above is one of the few pictures of Grandad from WWII. In this shot, he is the one on the right, he was an Army Air Corps officer, LTC, escorting the Crown Prince of Italy back to Rome after the fall of Italy. I think the general is Wainwright, any help? Umberto has signed the print as 30-ix-1944 (Sep 30, 1944).

Grandad was a soldier of fortune. I could spend a lot of time writing about him, but that is for another time. He was the son of a minister and the first in our patriarchal line to serve. The Army discharged him in 1948 and told him he had six months to live die to a heart ailment. He died in 1983.

I stood on the deck of the USS PEGASUS (PHM-1) in my midshipman's uniform as we consigned his ashes to the waters around Key West, which he so loved.

A great example of some creativity and fun from VAW-116, the Sun Kings while deployed aboard ABRAHAM LINCOLN.
at September 25, 2006 9 comments:

Holy jumpin’ catfish! WHO is taking real steps to alleviate some serious misery in the developing world! Thomas Bray reveals that the World Health Organization is going to permit DDT as a measure to control malaria.

This is good news. Every year, millions (that’s ten to the sixth power) of people die from the effects of malaria. It wreaks havoc among the weakest and most destitute of our brothers and sisters. It affects the young and old most heavily.

I wrote about my loose connection to this debate in December of last year. DDT
Is a chemical which was demonized and used by radical, environmental extremists to promote their agenda.

Thank heavens we can see some scientific principals applied to a devastating human crisis.

Now if I can just get Al Gore to actually review the global warming literature…
at September 20, 2006 4 comments:

The Pope, not on my favorite people list (regardless of who is sitting under the miter), makes some intellectual comments about a 14th century exchange between a Christian leader and an Islamic leader. A dialogue which seemed civil enough at the time. As soon as the words leave his mouth, the Islamic "street" erupts into chants of "the Pope must die" and other such nonsense.

Is it my imagination or has all of Islam been taking crazy pills for the past millennia and a half? Since their inception in the seventh century, a once rising Mideast culture has steadily fallen further and further behind. A lot of this is directly due to the restrictive (read oppressive) nature of the dominant religion. If you have the good fortune to tour any of the great national museums of that region of the world, you will note a marked change after the integration of Islam in that region. Styles of dress became more subdued, trade reduced and in general nations once on the upward path atrophied and began to fail.

Clearly, not all of this resulted from some sort of religious funk, climate and other global factors arose to stymie the growth of countries like Persia (Iran). However, in this modern age the fact that one would greet the words of the Pontiff with violence (slaying an Italian nun - for Chrissakes!), is only to further demonstrate just how little understanding the West has for Islam.

Why aren't Muslim folks in the United States flying into apocalyptic rages? They are better off, better integrated and hopefully have enough sense to note when reason leaves the room and zealotry arrives, clothed in fire and blood.

I am not a religious man, unless you count science as my religion. And yet I have enough Biblical knowledge to recall that the New Testament advocates that one should turn the other cheek in the face of criticism or assault. I also recall from the Church of the Playground that "sticks and stones may break my bones but word will never hurt me", is there an equivalent teaching in the Holy Koran? As much as I would like to believe that Islam is at its heart a religion of peace and tolerance, actions by its adherents would indicate otherwise.

Isaac Asimov, one of my favorite scientists and science fiction writers, craft the elegant three laws of robotics.

Later, a fourth law was added.

0. A robot may not injure humanity or, through inaction, allow humanity to come to harm.

This was known as the zeroth law. A lot of Asimov's work is poised around the idea of free will and the nature of action and inaction. As my beloved, Citizen Une, is even now embarking on her own journey of deeper discovery. I find myself pondering more encompassing issues.

One of these issues is moral relativism. Much of modern Western thought revolves around a non-judgemental philosophical view. I will not begin to argure the right or wrong of this, I am ill equipped. But I will posit, can we conceive of a set of simple laws by which humanity can be guided?

Are there a Three, four, five laws of humanity?

We can not forget.

More importantly, we must understand.

Most of all, we must act.

Five years ago today I was working in Suffolk, Virginia when we received word that an aircraft had struck the WTC. We turned on a TV and I sent out one of my mechanics to buy another TV at WalMart.

The images were at first confusing, what kind of plane? Then the second tower was hit. I knew then that this was another battle in our ongoing war with the Islamo-Fascist Alliance (IFA).

I checked in with my unit. There was no immediate deployment order, yet. Later, most of my personnel were to be divided up and allocated around the world to protect military installations. This proved to be a hollow response as the targets selected by our enemies were unlikely to be hardened, military facilities. They were more likely to be nightclubs, train stations and aircraft. Symbols of commerce, areas of free association and very vulnerable.

Some would claim that this is not really a war, and yet there is significant and mounting evidence that it most certainly is. Although we do not find ourselves pitched directly against nation states, our opponents are as committed to the destruction or subjugation of our society as any enemy in history.

The challenge today is how do we respond? We are not a society which will permit wholesale and indiscriminate retaliation. We value the lives of the innocent above all else.

One thing is certain, the citizens of the EFW can not afford to relax their posture against such an insidious threat. Our action must be temepred with justice, compassion and a deadly serious dedication to preserving our freedoms.

The war rages on, the time of its end remains in the future. However, we are the ones who must ensure the certainty of its outcome.
at September 11, 2006 2 comments:

The Force is strong in this one... 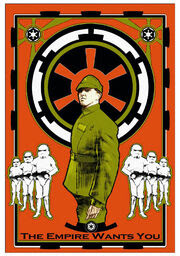 I am, at heart, a nerd. I love science, math and nearly all thing technologic. I have devoured pages of SciFi, fantasy and even played Dungeons and Dragons. I followed the space program with wide eyed wonder, writing to astronauts (idolizing my hero Alan B. Sheperd– a Naval Officer) and suggesting all sorts of ideas to NASA.

This, I think, is a good thing. The world needs technology badly. It actually needs creative thinkers who can apply new ideas to old problems. I like to think of myself as part of that cadre of engineers, scientists and futurists who work to make things better. I am a doer, as Citizen Une says (accurately) “you are a human being, not a human doing”. But more on that in another, more reflective, post.

What I want to talk about is Star Wars.

Actually, the cult of Star Wars and all that it embodies. Unlike Star Trek, Star Wars invokes a mystical period of clear struggles between good and evil. While Star Trek emphasizes humanities triumph over the adversities of ignorance and the challenges beyond (well, all except Voyager).

Within that cult are a host of "fan films" . These range form the earliest Hardware Wars to one of the most sophisticated and recent (which may actually be better than some of the movies). A project originally called TROOPS II, from the original stormtrooper parody, TROOPS, this film is called I.M.P.S.. It is a documentary about Imperial Stromtroopers and their life aboard their starship. It is well crafted, scripted with some cynical sophistication and a labor of love for the creators.

The breadth of creativity of these producers and directors is stunning. I have no idea what Lucas and company think of all this, but do yourself a favor, download the teaser – if you like it download Chapter One. 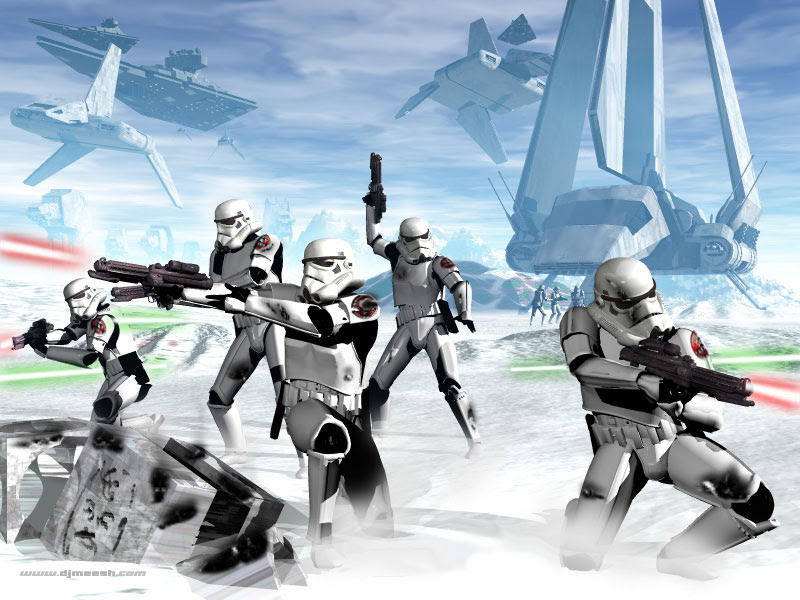 Inspired by the Major, I have added some original video from our little foray to Chile. The ships in the film are the USS CARNEY, ARAUCANO (Chile) and USCG MOHAWK. The setting, the southwest Pacific. A great night and unusual in that a USN and USCG ship were conducting underway replenishment at the same time from a Chilean oiler.